Emerging markets are expected to curtail the effects of a ravaging coronavirus pandemic by demonstrating strongly accelerating economic growth in the second half of 2021. According to asset managers, investments in emerging regions will benefit from growing immunity in the young, rising commodity prices, as well as continuing stimulative policy.

Strategist Gene Frieda and Head of Emerging Markets at PIMCO Pramol Dhawan note in a market commentary that the coronavirus has hit emerging markets hard, but that favorable demographics are helping to achieve group immunity.

“In many countries, these younger populations have seen high rates of infection, creating a natural immunity,” noted the Emerging Markets specialists. “This compensates for the late rollout of vaccines, which reduces the risk of infection for the most vulnerable sect of society.”

Frieda and Dhawan also point to several external factors that are driving the economic growth of emerging markets. After a steep recovery, commodity prices are back to levels not seen since 2015, which will help emerging markets particularly reliant on commodity exports. Real short-term interest rates in the US are at their lowest level in 50 years, making investing in emerging markets much more attractive.

Elisabeth Colleran – emerging markets bond portfolio manager at Loomis Sayles, which is part of Natixis Investment Managers – cites generous monetary policy and high-risk appetite, combined with the gradual reopening of economies around the world, as reasons to expect ‘no headwinds’ in the near-term regarding emerging markets. “Emerging markets remain a sweet spot in the global hunt for yield.”

According to the World Bank, the economic upturn will be the strongest in 80 years; this upturn is driving a rapid recovery in corporate creditworthiness – both in developed and emerging markets. Colleran notes that in the past two quarters, for example, there has been an uptick in investment-grade Bond ratings jumping from BBB to A instead of BBB to BB: “The projected default rate among emerging markets high yield corporates for 2021 is a modest 2.5%.”

Market strategist Lale Akoner of BNY Mellon Investment Management points to three key markers for emerging markets in the coming period: firstly, the rate of infection versus vaccine rollout; secondly, monetary and fiscal policy outlook; and finally, country-specific situations: “The speed of vaccine roll-out in North Asia positions it as a clear winner among emerging countries.”

Akoner further notes that Asia as a whole looks to be in good financial shape; from a monetary and fiscal policy perspective, countries in this region are generally in good shape because most can afford to tighten their policies as inflationary pressures begin to mount.

Akoner mainly describes a country’s own risks as that of ‘high dollar debt, low currency reserves and double deficits’. These emerging markets will come under pressure in a tapering scenario in which global financial conditions tighten, leading to higher interest rates. 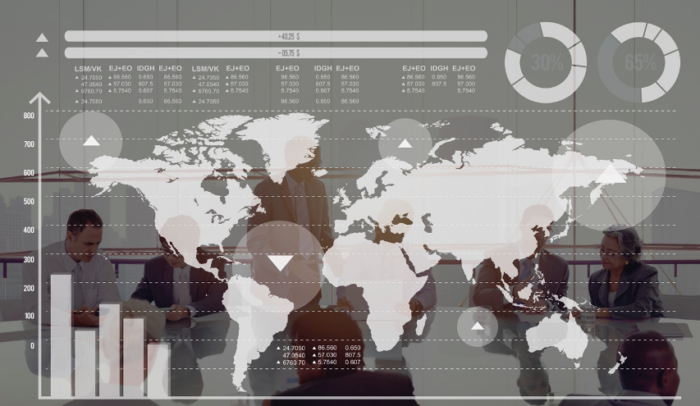 In their market commentary, PGIM Fixed Income also shine a spotlight on government finances. Giancarlo Perasso, an economist with a focus on Africa and Eastern Europe, and Elizabeth Doppelt, a member of the macro-research team, note that oil exporters are able to combine fiscal stimulate policies with low government debt. It is further noted that Asian countries have generally been more responsible with their fiscal spending relative to other countries, and relative to the size of their own economies, meaning they are better positioned to further pursue stimulus policies in the future.

Elisabeth Colleran at Loomis Sayles also has a preference for Asia, as the region is benefiting, in terms of exports, from the global consumption pick-up. China in particular is increasingly acting as an anchor for the region, with “China, especially in high yield, being the cheapest market”.

China’s favorable outlook and improving domestic-demand will have an impact on stock prices, according to BNY Mellon IM’s Lale Akoner. “We see great opportunities in both the growth and value segments,” she notes. Two other countries that investors should consider are Taiwan and South Korea; both are benefiting from the Chinese recovery and the global chip shortage.

Pimco’s Frieda and Dhawan note that the accelerating growth of emerging countries is driving their exchange rates up, and with it, the demand for their government bonds. For bonds denominated in the local currency, it must be ensured that sufficient compensation is provided for default risks. The economic recovery will also not be proportional; countries that rely heavily on tourism, such as Turkey, Thailand, and the Dominican Republic, are likely to show a slower recovery.

Colleran states that investors will also need to keep an eye on Federal Reserve policy. Earlier-than-expected rate hikes could lead to the rate of the dollar increasing, thereby positioning emerging market currencies as being less attractive in comparison. She also points to politically motivated sanctions as potential threats to countries such as China, Russia, and Turkey.