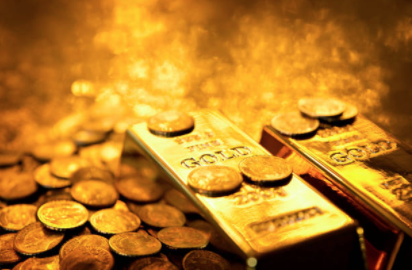 Maybe Gold is all that Glitters in a Covid-Era World

Gold’s surging value since the onset of the coronavirus pandemic that culminated this week in a record price peak just below the $2,000 a troy ounce mark, was initially fuelled by its traditional role as a safe haven in times of crisis on fears of a global financial market and economic meltdown, but as governments and central banks have succeeded in stabilizing the situation, at least for the time being, with unprecedented capital support to maintain incomes and liquidity in the face of plummeting demand, the focus has shifted back towards more traditional investment drivers of the yellow metal. The slide in the U.S. dollar in recent days to a two-year low, was accredited with much of the ramp up in the bullion price to a new pinnacle, because of the inverse correlation between the price of gold and the greenback.

Gold is mainly traded internationally in dollars, meaning a fall in the U.S. currency will often lead to a corresponding drop in prices in local currencies in major consuming and investment markets, prompting a jump in demand feeding back into bullion values, particularly against a background of growing tensions between the United States and China. But analysts now seem divided on the short-term prospects for an extension of the gold rally.

Willem Klijnstra, currency strategist at Legal and General Investment Management writing in a blog said that the metal’s elevated price may pose a risk for investors chasing its performance, as the rally might have overextended itself: “Gold seems fairly priced at the moment. To move higher from here, we believe we would need to see one of the following: bubble dynamics in the metal, lower real yields, or a weaker dollar….Real yields have already been dampened by the liquidity glut (and) we think dollar weakness is less likely to persist, given the currency’s overvaluation is starting to disappear and negative sentiment regarding the greenback is becoming more widespread,” Klijnstra concluded.

In contrast, Salah-Eddine Bouhmidi, Head of Markets at broker IG, identified six reasons why the gold price could continue to rise:

Coronavirus crisis – The pandemic has not been contained. On the contrary it is spreading even further. The situation in major countries such as the U.S., Brazil and India, where authorities appear to be losing control of the spread of the virus, is very concerning for investors.

Inflation risks – New financial aid packages from governments and central banks will drive debt levels even higher, increasing the likelihood of a future spike in inflation and the debasement in the value of currencies – the classic investment case for gold.

Trade conflict – The increasing geopolitical and trade tensions between the United States and China no longer make a military confrontation between the two superpowers unthinkable and could lead to an ‘uncoupling’ of the countries intertwined commercial relationships in the U.S.-led global financial system, sparking a new crisis, Bouhmidi said.

Negative correlation between gold and real U.S interest rates – U.S. real interest rates have dropped to – 0.9%, the lowest level since 2012. Monetary policy is expected to keep interest rates low for a very long time to support the economic recovery with cheap money and adding to the relative appeal of gold, which carries no interest. The supply of physical gold is also expected to be restrained with mining companies cutting their investments against the gloomy global economic backdrop and their stocks of the precious metal are running low.

Speculative bullish positions in gold futures limited – The net long positions of speculative investors such as hedge funds on the New York CFTC gold futures market rose only slightly in the past reporting week and are still significantly below levels at the beginning of March and the onset of the Covid-19 crisis, suggesting there is still ample space for a further ramp-up in prices.

Weak US dollar – Investor confidence in the greenback appears to be declining with the dollar index, which measures the strength of the USD against the currencies of the six most important trading partners for the U.S., falling to its lowest level since September 2018. The long-standing correlation between gold and the US dollar is currently even negative on a short-term basis.

With the gold market focused on the multiple macroeconomic and geopolitical factors now influencing the bullion price, there has been relatively little attention given to another major potential driver of values appearing on the horizon, November’s U.S. presidential election. The victor between two candidates, Donald Trump and Joe Biden, diametrically opposed in their world views and policies, is likely to set the direction of the political and economic path of the U.S. and the tone of geopolitics globally for years to come, with possibly profound implications for gold.

Maybe there is also something about the relationship between the current incumbent of the White House and the price of the precious metal and its safe haven status that is fundamentally rooted in the psychology of the market. Paul Jackson, Global Head of Asset Allocation Research at Invesco, commented in his last Quarterly Update: Eyes Wide Shut, that the election of Donald Trump appeared to distort the efficacy of the investment manager’s gold pricing model based on real treasury yields, inflation break-evens and the trade-weighted dollar, until a “dummy variable” was switched on in November 2016. This adjustment for the ‘White House factor’ fixed the issue and suggested the market’s perception of risks stemming from the new U.S. president had added a $230 an ounce safe haven premium to the price of gold.

With a Donald Trump risk premium apparently already locked into the value of the yellow metal, November’s poll could be decisive not only for Republicans and Democrats but also for Trump bullion bulls and Biden bullion bears.