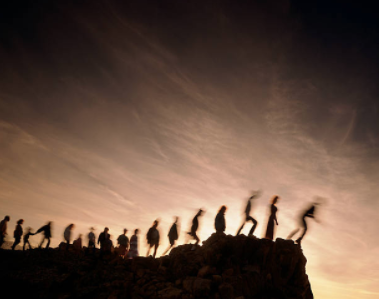 Investors Fearing Equities Look Like Lemmings on the Way to Covid-19 Cliff Edge, could Seek Solace in Credits and Emerging Markets

Equities markets, buoyed by the buckets of cash doled out by governments and central banks in the pandemic, may be heading for a steep tumble as the full impact of Covid-19 on the real economy becomes clear in company earnings and unemployment data, when job furlough schemes are rolled back. Investors may find more fertile hunting grounds in corporate bonds and emerging markets generally, while gold and real estate are proving enigmatic in their directional signals, investment analysts conclude.

“In the face of what we expect to be the deepest global recession in living memory (by far), equity markets are running with their eyes wide shut into what feels like a trap: they are focusing on policy support and improved economic momentum, while ignoring the earnings chasm that is opening beneath them,” Paul Jackson Global Head of Asset Allocation at Invesco, said in his latest Quarterly Outlook. Jackson added that while the recession could be the deepest in most people’s lifetimes, it might also be the shortest since the Second World War, but this was unlikely to prevent the reckoning with reality for equities markets.

He said emerging market asset classes including debt, equities and currencies, look relatively attractive compared with their developed market counterparts and could be underpinned by bottoming out commodities markets, which appear comparatively cheap. Oil prices in particular might be ending the downswing in place since 2011, but lackluster economic growth is likely to put a cap on any bounce and keep the market languishing in the $20 – $40 a barrel range. The analyst also questioned whether the price of gold, the historical safe haven in times of turmoil, could go reach extreme levels in a post-coronavirus financial meltdown scenario, as it has added a substantial premium to Invesco’s pricing model from the day of President Donald Trump’s inauguration in 2016 and now stands around $1,700 per ounce.

“Many fear the extreme policy environment, with large fiscal deficits and ballooning central bank balance sheets, could eventually lead to a debasement of currencies, the collapse of financial systems and a return to some form of gold standard. Indeed, the question about gold reaching $7,000 is based on a calculation of which price would be necessary to enable official stocks of gold to fully back currency in circulation. Whether looking at just the U.S or the world economy, the answer turns out to be just above $7,000,” Jackson concluded.

Corporate bond investors tempted to sell down their positions, pack up for the summer and head for the beach in the face of the economic woes and a possible second wave of infections lying ahead, should perhaps put away their buckets and spades for the moment, Madelaine King, Co-head of Global Investment Grade Research said in LGIM’s latest CIO Outlook: “Economic indicators have registered record lows across the board and, with a second wave of infections looming, it is easy to picture a bleak outlook for credit markets. Volumes of ‘fallen angels’ – bonds that have lost their investment grade status – have already hit new records in 2020 and, even in a base-case scenario of a V-shaped economic recovery, we expect this to double.” But King added that investors can afford to ignore conventional wisdom and consider using this period as an entry point to IG credit. She said while default rates might rise to the level of the Global Financial Crisis, it would be absurd to conclude they could hit the stratospheric highs of over 3.0% required to wipe out the current compensation IG spreads offer over government bonds. Even in the Great Depression of the 1930s, default rates for corporate credit peaked at just 1.6%.

Private equity real estate investment could see soaring demand in post-pandemic European markets and fund managers with strong brands and record levels of “dry powder” in unplaced capital are likely to be the main beneficiaries, Pedro Antonio Arias, Global Head of Real and Alternative Assets at Amundi Asset Management said in research paper. He added that some newcomer managers would struggle to survive where the key elements for success are brand recognition, the size of both the asset manager and the fund, a proven track record, a fair fee structure and the implementation of ESG principles. Amundi expects the Covid-19 crisis to deepen the divergence between private equity real estate investment styles, core and core-plus, versus value-added and opportunistic, and between property sectors. Before the Covid-19 outbreak the leasing market was most favourable for logistics and offices, but much more difficult for retail. That view is supported by recent research from Prologis the world’s largest logistics real estate investor.

At the market level, Investment in the Central London offices by overseas investors collapsed in the first five months of 2020 to the lowest level since 2009 and the Global Financial Crisis, Real Capital Analytics latest data show.  RCA said the Covid-19 lockdown, Brexit concerns and shifts in international capital flows were behind the tumble. Cross-border acquisitions totalled just £1.2 billion, ($1.5 billion) between January and May, a decline of 70%. The Central London office market was the most liquid asset class in the world at the end of 2015, prior to the Brexit vote, according to the RCA Capital Liquidity Scores.

“Looking back just six months, December 2019 was one the best months ever for the market: 35 properties traded and just shy of £3 billion was spent. Most of this capital was deployed after Boris Johnson’s election victory and the resolution this brought to the Brexit saga seemed to presage an expansion in market activity, after three years of low volumes and stalled price growth relative to other core European markets. The market never really got going in January and February, however, before the Covid-19 pandemic forced large parts of the U.K. economy to shut down. Overseas investment was down 75% year-over-year and the total market was down by more than 50%. The lockdown therefore arrived at a time when the market had already shown some signs of weakness. Prices were also lower at the end of March in comparison with 12 months prior,” Tom Leahy, Senior Director EMEA Analytics at RCA, said.

The lockdown affected Central London more than other major markets in Europe. Only five Central London offices have traded since the start of April, fewer than in Central Paris, Munich, Frankfurt and Berlin. Indeed, investment volume is around a quarter of that recorded for Central Paris.