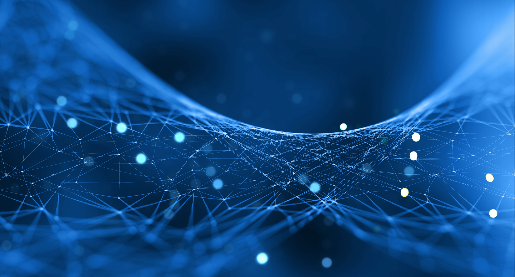 The first and largest Exchange Traded Fund (ETF) in Europe investing in blockchain technologies and applications, the Invesco Elwood Global Blockchain UCITS ETF, doubled its assets under management to over €1.0 billion in January. The ETF milestone was reached as new research published by Invesco concludes blockchain technology and applications have gone from media-hype and cryptocurrency euphoria to achieving commercial scale across a range of industries and providing a viable alternative investment sector for institutional investors for the first time.

The research report, Hyper Real: An Overview of Global Blockchain Industry Trends, was complied by the Cambrige Centre for Alternative Finance (CCAF) in the UK.

“The blockchain industry and broader ecosystem, with their power to transform the management of digital records and assets between different organisations, have evolved at a remarkable pace in the last 18 months. Organisations have begun commercialising enterprise block chain networks across multiple sectors such as insurance, banking, trade financing and shipping, and in many cases have now achieved scale. What has been a retail-driven market is becoming more institutional as ‘unicorn’ start-ups, brokerages, custodians, institutional trading platforms and global banks build a range of digital asset products and services,” Keith Bear, Research Fellow at CCAF, said:

Blockchains are peer-to-peer (P2P) networks composed of different entities that collectively maintain and update a shared set of records. This collection of shared records is often referred to as the ‘distributed ledger,’ which represents a single agreed-upon version of the ‘truth.’ The power of blockchain technology is that through a combination of cryptography, distributed consensus algorithms and socio-economic incentive design, a blockchain system enables all participants to agree on the validity and order of shared records without relying on a central authority for reconciliation.

The CCAF researchers classify the blockchain ecosystem by three categories:

2.    Digital assets – The Tradeable ‘Fuel’: Digital tokens issued on, managed by and transferable via blockchain networks. These can be natively digital and exclusively exist within the boundaries of a blockchain network (e.g. cryptoassets), or be a digital representation of an asset that already exists somewhere else (e.g. physical gold).

3.    Applications, services, and supporting infrastructure – (The Facilitators): Broad set of commercial offerings that facilitate interactions with digital assets and the underlying blockchain networks. New applications are deployed on existing networks; new products and services encourage the use of applications; and new infrastructure supports the development, maintenance and operations of networks, as well as the issuance, distribution, storage and transfer of digital assets.

Permissionless networks with open access policies and limited control points are thriving and growing rapidly. Bitcoin’s ‘hashrate’ – the total amount of computer power contributing to its security, has grown by 180% since mid last year, which indicates a massive expansion of mining operations around the world. The Ethereum network, meanwhile, has established itself as the undisputed market leader for smart contract applications thanks to widely-used token standards and ready-available software tooling that facilitates application development on top of the network.

Bitcoin accounts for about 68%, or $358 billion, of the global market in crypto assets and until relatively recently its development has been primarily driven by retail investors, now estimated to be numbering more than 100 million individuals globally, who primarily access these investments through the crypto products of established FinTech firms and ‘neobanks.’ This market structure is evolving though, with a number of public companies, spearheaded by consulting firm Microstrategy and payments company Square, announcing an allocation to Bitcoin as an inflation-hedging treasury asset.

Michel Rauchs, Research Affiliate at CCAF, said: “The Covid-19 pandemic and the resulting macro environment have positively contributed to accelerating the long-awaited institutional adoption of Bitcoin as a generally-accepted portfolio diversifier.”

·      Commercial blockchain networks have now been established across multiple sectors. Over 50% of the world’s total container traffic, for example, has now been committed to run on blockchain.

·      While the popular focus is on crypto currencies, other assets are growing fast. These include digital fiat currencies, digital tokens that are modernising capital markets, and a broader asset tokenisation of existing physical assets;

‘Stablecoins, or synthetic fiat currency on permissionless blockchains, have evolved into a global offshore currency system on alternative payment rails that offers users a new way to move money around the world, generally faster, cheaper, and with less restrictions. Although outstanding supply is comparatively low at $26 billion in float, stablecoins have generated more tha $1.2 trillion in international volume since 2017 and have displayed a much higher velocity than conventional monetary aggregates. Tether is the clear market leader, with the cryptocurrency accounting for roughly 75% of all outstanding supply.

The perceived systemic currency market risks posed by stablecoins has caused central banks to subject them to regulatory scrutiny, but they are also actively exploring the issuance of central central bank digital currencies (CBDC) as a public-sector alternative to privately-issued forms of digital money, with the People’s Bank of China taking a lead.

“Until recently, many investors equated blockchain with cryptocurrencies, but that narrow focus misses out on many exciting opportunities and we’re already seeing the technology applied across a wide range of industries, from finance to healthcare. We believe this is only the very early stages of a much broader evolution in how individuals and businesses store, manage and transfer assets,” Edwin Mars, Head of ETF Business Development for the Benelux region at Invesco, concluded.