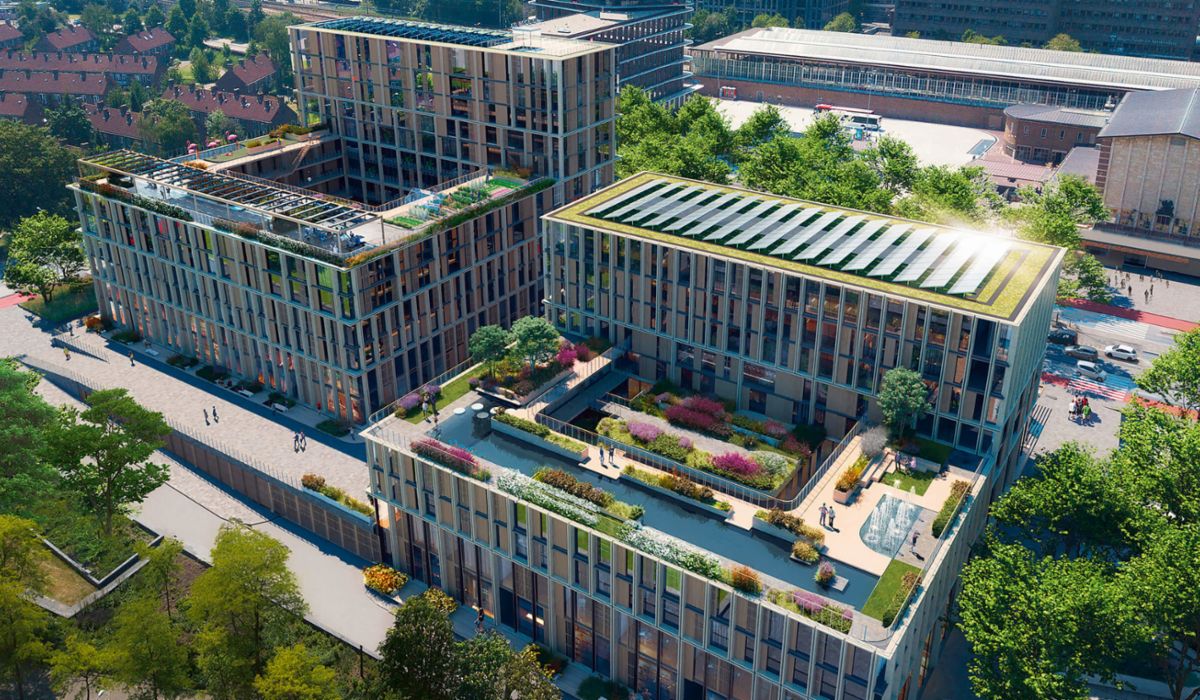 A potent mix of favourable fundamentals is attracting a record number of investors to residential assets. With demand for build-to-rent properties continuing to outpace supply, astute investors are putting on their hard hats and teaming up with project developers to access new product.

Record after record continues to get smashed in Europe’s residential investment property sector, propelling the asset class to star status in the real estate firmament. The trend was already visible before the Covid-19 pandemic, but institutional investors in particular are flocking to the asset class, drawn by its stable cash flows and solid, long-term capital growth characteristics. Residential has a low correlation to the commercial property market development cycles and is therefore seen as a stabiliser in investment portfolios. The fallout from the Covid-19 crisis has also spotlighted the resilience factor – people always need a place to live. With “risk-free” government bonds continuing to generate near-zero or even negative yields, residential real estate cash-on-cash returns of at least 3 percent seem almost dazzling. “Operational residential real estate has proven to be extremely resilient in a time of exceptional global upheaval,” explains Aurelio Di Napoli, Director, Operational Capital Markets at Savills. “Global investment into the ‘living’ sectors held up better than the office, retail or hotel sectors last year and that positive sentiment has continued in 2021. Given the amount of capital chasing the sector and the limited amount of high-quality stock available, we expect competition to remain fierce over the coming years.”

The overall weighting of residential in European real estate investment volumes has soared in the past decade from just 5.6 percent in 2007 to over 30 percent in Q1 this year, Damian Harrington, head of global capital markets and EMEA research at Colliers International, notes. “I would expect it to maintain a position of around 30 percent in the next three years.”

Classic European residential investors have for decades focused on developing and consolidating stock in their own countries, particularly in Germany, where the listing of vast private equity portfolios in the past 10 years has resulted in the creation of large public companies, including European market leader Vonovia, which staged a second failed bid to merge with rival Deutsche Wohnen in the summer. Vonovia’s tenant roll is roughly as big as the population of Cologne, Germany’s fourth largest city, and the company is the poster child for the rise of both the listed and non-listed residential investment markets in Europe, where capital is increasingly flowing across borders. The spectacular growth of Germany’s residential listed market over the past decade has made the property sector the dominant asset class in the market capitalisation of the FTSE EPRA NAREIT Developed Europe Index. At the end of June 2021, residential accounted for a weighting of 30 percent, far higher than the traditional mainstays of offices (11 percent) and retail (8 percent).

REITs from North America and Canada have also traditionally been very active in the European residential sector, and competition is set to increase further as more domestic listed champions emerge and grow, Savills’ Di Napoli says: “We’re very much at the early stages of this sector in many markets, including southern Europe and CEE, but are already seeing strong signals and commitments from capital looking beyond traditional residential markets such as Germany and the UK.”

Asked who else is moving into the residential space in Europe, Di Napoli says: “One could almost say ‘who isn’t?’ – all the household global investors are allocating significantly larger pots of capital to residential that would previously have found its way to traditional asset classes. There are a number of new residential funds that have been launched and others that are raising capital.”

Union Investment belongs to the group of relative newcomers in the residential investment space. For decades, offices, retail and hospitality properties formed the backbone of its open-ended real estate and special funds, but recently the company has started to develop its residential capabilities by boosting its own in-house expertise and establishing long-term alliances with strong residential specialists. In the past six months, it has acquired three development schemes in Amsterdam, Dublin and Helsinki for a total of around €400 million. 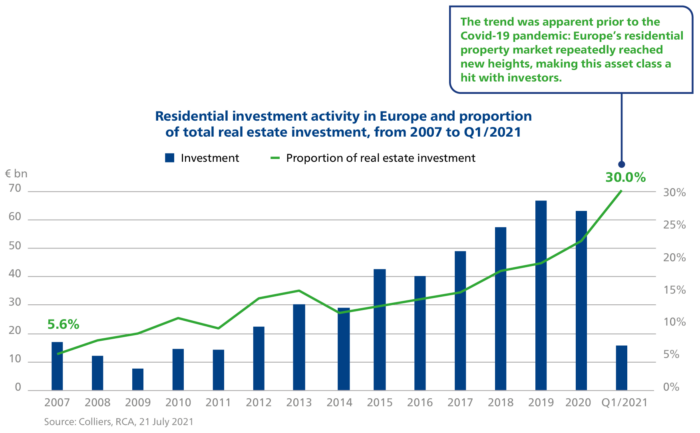 With so many investors swarming into the European residential rental investment sector, particularly in the mid-market “affordable” rental segment where there is very limited availability of stock, it’s hardly surprising that prices have soared in the past few years. The average prime multifamily yield in Europe has compressed by 120 basis points (bps) since 2012 to reach a record low of 3.24 percent in 2020. Prime net multifamily yields range from 2.4 percent in Berlin to 5.0 percent in Warsaw, while most markets command prime net yields of 3.0 percent to 3.5 percent.

Stabilised assets are seeing strong bidding, Di Napoli says. “For example, we have seen a 50–75 bps compression in Denmark in less than 12 months and we also expect yields to move in further in the core markets, such as Germany and the Netherlands.”

Germany remains the largest market in Europe, capturing 40 percent of total investment activity in 2020, followed by the Netherlands at 15 percent, Sweden at 12 percent, Denmark at 9 percent and the UK and Spain at 6 percent each, Savills data shows. In many markets, residential has become the dominant real estate asset class. In 2020, the share of multifamily was 53 percent in Denmark, 39 percent in the Netherlands, 28 percent in Sweden and 18 percent in Finland. The Netherlands and Finland are well established and liquid residential institutional markets by European standards, but the share of multifamily is also high in smaller markets where the sector is maturing rapidly, such as the Czech Republic (50 percent in 2020 after a major portfolio transaction), Ireland (39 percent) and Spain (29 percent).

As competition for assets intensifies, investors are opting to forward-fund new developments. “Existing or stabilised assets are limited, particularly in new markets where the residential asset class is in its early stages,” explains De Aurelio. “We are seeing a number of funds and other capital sources teaming up with in-country developers with access to pipeline.” The opportunities are particularly good in countries where this strategy is still fairly new, such as those in Iberia and Central and Eastern Europe, he adds. “Developers are able to deliver new assets that not only comply with local regulations in the short term, but which also meet the highest ESG targets with regard to design, delivery and the energy efficiency of buildings. This is the type of product that capital will demand over the medium to long term.”

Build-to-rent will continue to be an attractive and rapidly growing asset class, despite the challenges of the pandemic, David Hutchings, Head of EMEA Investment Strategy at Cushman & Wakefield, says. The good news for European investors is that the region’s capital cities lead the way with regard to their rental market recovery prospects post-pandemic, according to the latest research from the advisory firm. Half of the top 10 spots on Cushman & Wakefield’s global “Multifamily market rebound ranking” are occupied by European cities, Hutchings points out. “Our analysis shows that several key cities in the region, including Amsterdam, London, Stockholm, Paris and Dublin, are set to see a robust build-to-rent rebound, due to a range of factors including favourable population demographics, trends toward renting over home ownership and a strengthening pipeline of purpose-built rental units.” 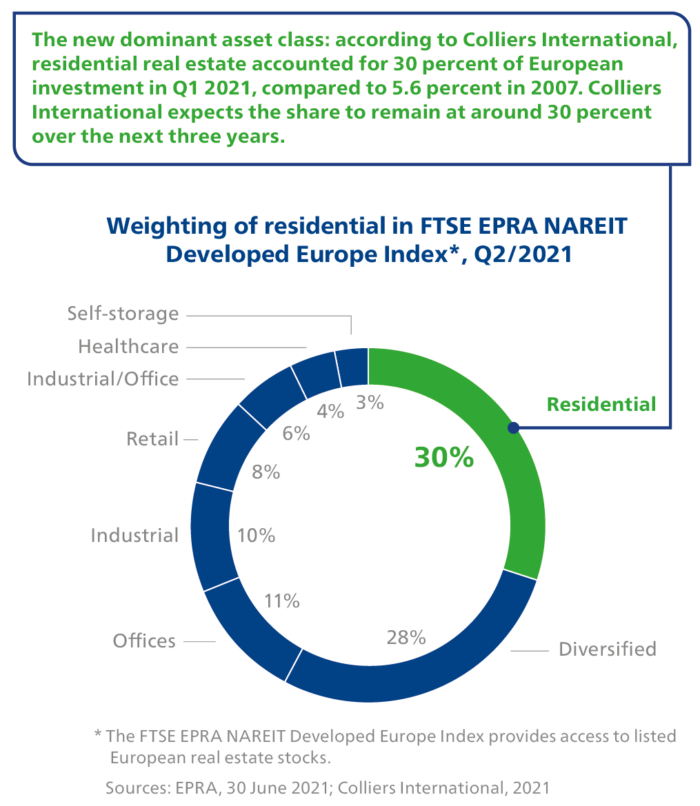