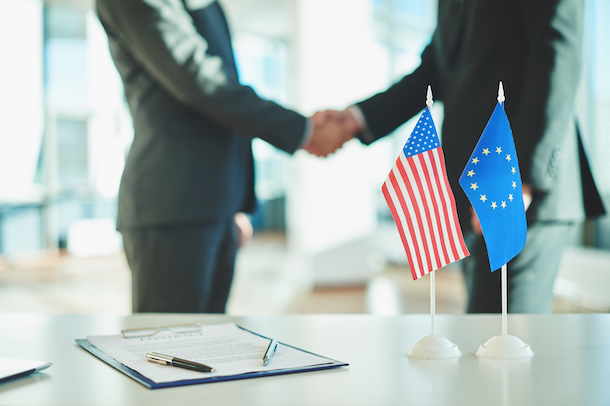 The EU Recovery Fund deal agreed to this week, maybe wasn’t quite the famous ‘Hamiltonian moment’ that marked the new U.S. government’s assumption of the joint debts of its states following the War of Independence with Britain, but it was an important step by the European Union towards breaking the taboo of debt mutualisation between its member countries.

“The deal reached on the EU Recovery Fund is historic and a step toward debt mutualisation that was thought highly unlikely just a few months ago. Within the compromises, there was something for everyone; the ‘Frugal Four’ will get large rebates and it lowered the split of grants versus loans, while the overall size at €750 billion was unchanged. By showing determination and stepping up to the unique challenge posed by the coronavirus, EU leaders will hope this eases political tensions in the years to come,” Hetal Mehta, Senior European Economist at Legal & General Investment Management said.

Paul Brain, Head of Fixed Income at Newton Investment Management, part of BNY Mellon IM, concurred, writing that the Fund is extremely significant for the integration of the EU, its bond markets and the Euro currency, because a large part of the deal will be funded using bonds issued by the EU and jointly financed by its member states. For the first time the liability is spread across Europe. “No wonder the Frugal Four states were playing hard to get through the negotiations as a large majority of the €750 billion (€390 billion) is going to be issued in grants and may not get paid back,” Brain said.

He added that sovereign bond spreads between periphery and core EU countries are likely to shrink over time for two reasons: First, if all countries are guaranteeing the new debt then the credit risk between sovereigns is reduced. Secondly, if the Euro 750 billion is put to good use and results in economic growth, then solvency risk is reduced across the EU. For the core countries their bond yields could rise, modestly, as they now have more debt on their books, but again if the economic outlook for the EU improves (and tax receipts rise) then they will be more able to service the debt.

Gilles Moëc, Chief Economist at AXA Group, wrote in a research note that, fundamentally, the deal is another sign of the dominance of the inter-governmental, rather than ‘federal’ nature of the EU: the Commission and the European Parliament have been largely sidelined. The power broking capacity is firmly in the European Council, with a key role for its President, and of course in the national governments.

“It is very important that the taboo of debt mutualisation is finally broken and that in the end member states managed to come to a deal providing concrete financial solidarity. This will help keep the sovereign spreads in check. But even on the symbolic side, this has been a very painful process…True, there are some “Hamiltonian” aspects in the deal – the confirmation that the EU will benefit from more direct resources, for example, a border tax and tax on plastic, but it is too early to conclude that fiscal federalization is really on its way,” Moëc concluded.