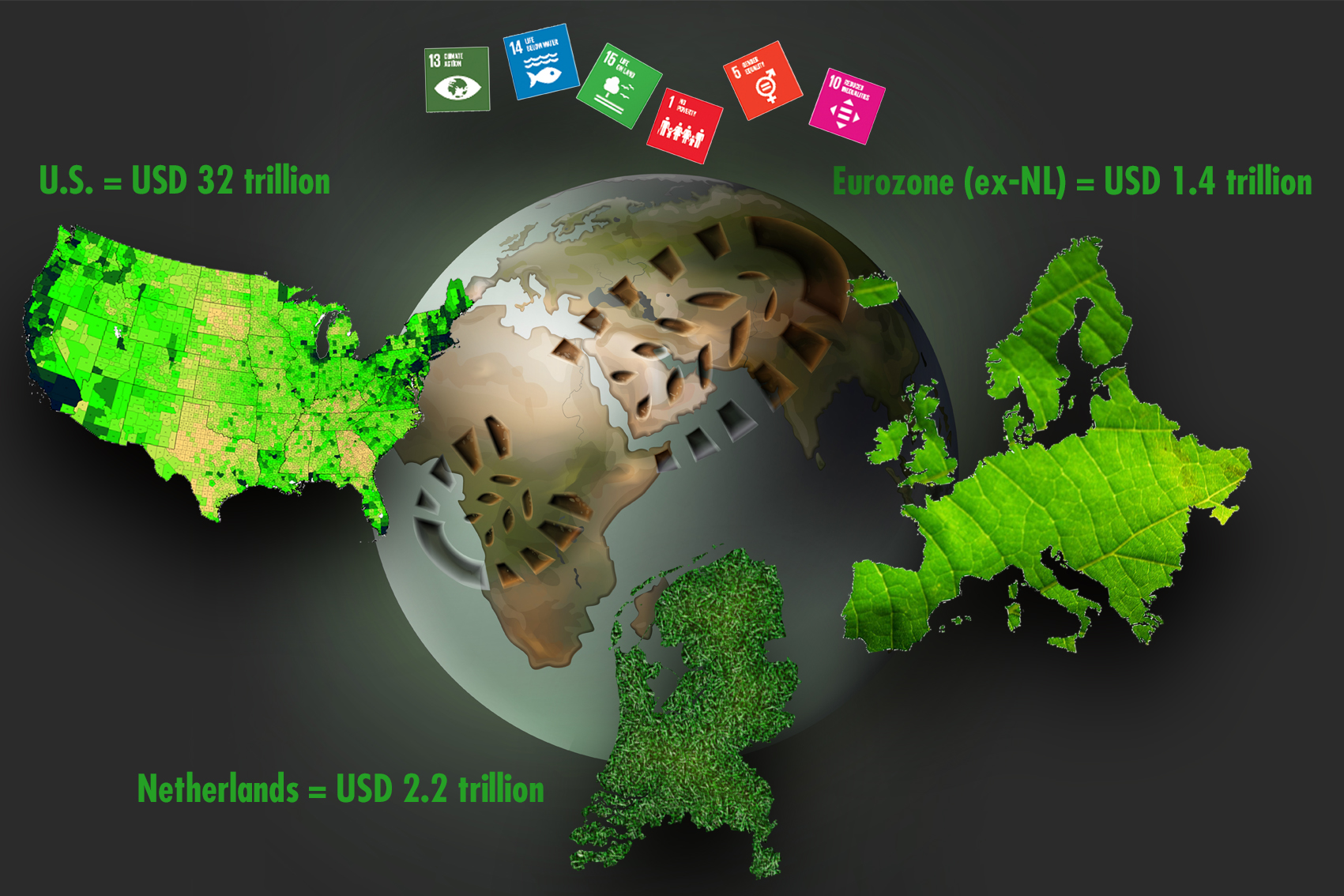 The March 10th deadline for all European institutional investors and asset managers to have completed a ‘green audit’ and disclosure of the sustainability of their investments (the EU’s SFDR) could be the ‘starting gun’ for a race towards a proposal for a global agreement on standardised corporate ESG benchmarks to be put before the COP 26 Global Climate Change Conference in November: “The last chance to hold the 1.5oC dam wall on global warming,” journalists at a recent AXA Investment Managers online media conference heard.

The election of President Biden has brought the United States back into the fold of the Paris Climate Accords and unlocked U.S. governmental blockages to moving towards agreed definitions and global metrics on ESG financial reporting. A green and societal overlay for international accounting standards, or an ‘impact definition’ of investors and corporates’ ‘bottom line.’ This will help smooth the way for the giant USD 32 trillion U.S. pension industry in its drive to support the ‘greening’ of corporate America.

The EU is leading the global charge against Climate Change with its 2050 carbon-neutral ‘Green Deal’ target legislation, as Europe did in the creation of an international benchmark for information privacy rules. The Dutch pension funds, together forming the largest group of institutional investors in Europe with USD 2.2 trillion in assets, are playing a pivotal role in the framing of the ESG agenda. They will also be able to unleash hundreds of billions of euros into global credit and equity markets as the Netherlands transforms from a regulatory-based to an economic framework of pension investing under ‘Big Bang’ reforms coming into force in 2026.

The transition of the Dutch occupational retirement schemes to a ‘defined contribution’ from a ‘defined benefit’ system is expected to result in a parallel shift in the asset allocation of their portfolios, from a heavy weighting in ultra-low or negative-yielding ‘risk free’ government bonds, towards proportionally higher investments in cash-flows from coupons on corporate bonds to match their long-term pension pay-out liabilities.

But to be able to achieve these investment goals, the Dutch pension funds will probably need to tap into the deep liquidity and opportunities offered by the world’s largest fixed income market in the U.S. This will, in turn, depend on whether U.S., and other international, corporate credits pass the EU’s Sustainable Finance Disclosure Regulation (SFDR) green audit threshold, as Dutch and other European institutional investors engage in ESG ‘deep cleaning’ of their investment portfolios. So also potentially speeding the ESG convergence of the Eurozone and U.S. institutional investment currency bloc capital pools totalling around USD 36 trillion, or equivalent to about 40% of annual global economic output (GDP) at about USD 86 trillion.

Four expert speakers addressed the AXA IM online media conference on the process and progress towards common ESG investing standards in Europe and the U.S. and also the macroeconomic and interest rate outlook in fixed income markets fixated by the debate over whether or not the current ‘higher inflation tantrum” will transform into a possible future “inflation trauma.” 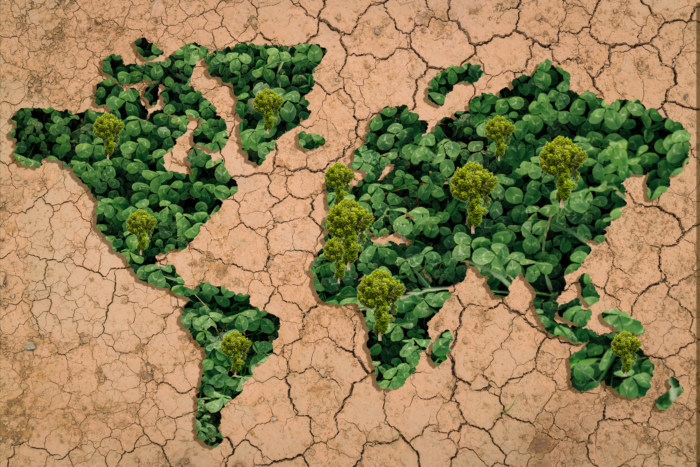 Eumedion is the corporate governance and sustainability platform for institutional investors and asset managers that hold shares in Dutch-listed companies. The organisation has around 55 members, including the giant Dutch civil servants and health workers pension funds with combined assets of EUR 739 billion, as well as insurers and asset managers headquartered within and outside the Netherlands. Together Eumedion members have around EUR 7.0 trillion in assets under management and represent between 25% to 30% of the market capitalization of all Dutch-listed shares.

Abma added that Eumedion welcomed the decision by the IFRS Foundation, the supervisor for the International Accounting Standards Board, that it should not only play a role in setting financial reporting standards, but also in setting sustainability reporting standards and therefore it is now preparing itself for the establishment of a worldwide SSB. He also applauded the recent supportive statement by the International Organization of Securities Regulators (IOSCO), including the SEC in the U.S., in backing the proposal.

Rebecca Greenberg, ESG Specialist and U.S. Credit Analyst at AXA IM, said that, European corporate bond issuers were definitely ahead of U.S. issuers on ESG reporting between 12 and 24 months ago, but the credit landscape is evolving quickly.

“Almost every single U.S. investment grade company we cover now has some form of sustainability reporting. It’s not always consistent, which is one of the bigger issues we have. Different companies are reporting different things, but that’s a problem in Europe as well. In terms of the sheer amount of reporting, however, U.S. companies on the high-yield credit side are also catching up very quickly with the IG issuers,” she said.

The Sustainability Accounting Standards Board (SASB) recently said that about 12 months ago there were 79 companies in the U.S. reporting on their ESG framework. “Now it’s 255, so the situation is rapidly changing,” Greenberg added.

“We believe that pension funds and other asset owners, as the ultimate ‘end clients,’ will play an important role in the convergence on uniform global ESG standards because they’re not going to want different SFDR-style reporting from each one of the asset managers and banks they’re invested with,” she concluded. 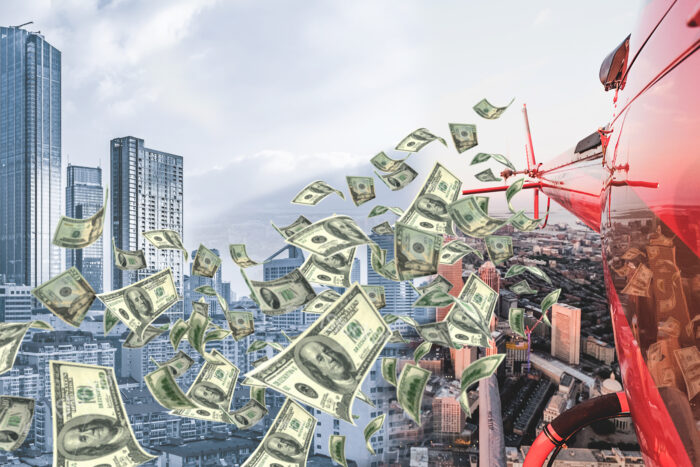 The Inflation Illusion and the Financial Sector’s Disconnection from Reality

The ‘inflation trade’ that has pushed long-term bond yields sharply higher in recent months, ignited by concerns massive government fiscal stimulus and the unleashing of huge pent-up consumer and corporate savings post-pandemic will turbocharge price rises in the future, is based on an “illusion,” Richard McGuire, Head of Rates Strategy at Rabobank, told the news conference.

He said perceptions of building inflationary pressures don’t fit with the underlying facts and are also being fuelled by unduly optimistic views of the economic recovery after Covid-19 social distancing restrictions are eased. When this realisation dawns on market participants, it will result in a bond market correction and the stabilisation of interest rates, McGuire predicted.

“If nominal yields are going to rise from here, that can only happen if we are more optimistic, fundamentally. The 10-year U.S. break even inflation rate is close to an eight-year high, but we think the market is very much underestimating the scale of the permanent damage from the virus. We believe the financial sector is disconnected from reality in the way that it was in 2016 when it completely underestimated the strength of populism and failed to call Brexit, or the election of Donald Trump. Our industry is failing to understand the damage across broad society because we can comfortably work from home,” he said.

The U.S. National Bureau of Economic Research has projected that 42% of job losses in the Covid-19 recession could become “permanent,” or 9.3 million positions, compared with 6.8 million during the Global Financial Crisis.

“There’s a lot of damage that’s being wrought by the virus which is not yet visible because of extraordinary government support. But as soon as that support is withdrawn, the damage will become visible. To us that is a challenge to the reflation theme. We think the market is also overoptimistic in terms of the future path of the virus. Current trading appears to be based on a sanitised view the coronavirus will no longer be with us in the second half of this year. That is sadly unlikely to be the case,” McGuire added.

At the current pace of vaccinations, the world will reach ‘herd immunity’ to the coronavirus in 7.4 years, according to the Bloomberg Vaccine Tracker, and so it could continue to act as a drag on economic activity.

The Rabobank strategist said the likely persistence of the virus was a challenge to the ‘reflationists’ argument on the release of a wave of pent-up savings by consumers and companies, because there will still be some degree of precautionary savings investors will want to hold onto. Furthermore, It is the wealthiest members of society that have increased their savings and they also have the lowest marginal propensity to consume. High earners will tend to place savings in financial assets rather than spend them on goods and services.

McGuire added that some commentators are concerned the Biden administration’s USD 1.9 trillion fiscal stimulus package will, in conjunction with the gradual recovery in the U.S. economy, lead to the closing and overshooting of the economic output gap ‘firebreak’ to higher inflation. But this overlooks the fact it is very difficult to calculate what the output gap act actually is. The economic indicator’s supposed relationship with inflation has not recently demonstrated the correlation with higher prices theory suggests it should.

“The relationship between the output gap and inflation is clearly not what it used to be. In the two years prior to the pandemic it was positive, so actual output in the U.S. was running faster, but the core PCE Deflator, the Fed’s favourite measure of inflation, actually fell during this period. The very opposite of what the textbooks tell you should happen. We’re not doubting this stimulus will generate higher demand, we are doubting whether it will generate an unnecessary degree of inflation,” McGuire concluded.

‘The Deficit Myth’ is Obligatory Reading to Understand Biden’s Direction

President Biden’s economic policy is overwhelmingly focused on reducing the high level of U.S. unemployment defined by its ‘U6’ broadest measure and there is very little concern soaring inflation will be sparked by the huge fiscal stimulus package. ‘Modern Monetary Theory’ (MMT) has been embraced in Washington and that means addressing a ballooning government deficit is not a priority for the administration, Robert Schumacher, Chief U.S. Strategist and Client Portfolio Manager Fixed Income at AXA IM, said.

“The concept of ‘we have to live within our means’ is being turned on its head in Washington D.C. The old model was essentially tax, borrow and then spend. The new model is spend, tax and borrow. And you don’t necessarily have to do all the tax and borrowing if you have the combination of T-Fed (Treasury and Federal Reserve) at your back…The Biden administration is not worried about the deficit. They’re not worried at all. Because from their point of view the United States is a currency issuer, they’re not a currency user, and that changes the dynamic of everything,” Schumacher said.

He linked the radical shift in U.S. policy to MMT advocate Stephanie Kelton, author of: The Deficit Myth and favoured economist of Senator Bernie Sanders, the Chair of the U.S. Senate’s Budget Committee. Kelton suggests a jobs guarantee funded by new money would act as an automatic economic stabiliser. When unemployment grows and inflationary pressure is lower, the government would create more money. This would be cut back as full employment is reached.

Schumacher said it was not inconceivable to see a USD 2.0 – 3.0 trillion government sustainable infrastructure investment programme also being pushed through after Biden’s USD 1.9 trillion fiscal stimulus to drive U6 unemployment down from 11% to 7%, to restore the position of the U.S. jobs market to where it stood in January 2020, prior to the Covid-19 pandemic.

“Policy makers are not going to withdraw liquidity. All of this talk of moving the interest rate hikes forward from 2024 to 2023 — ‘they’re going to have to taper in 2022,’ that’s not where they’re coming from,” he concluded.