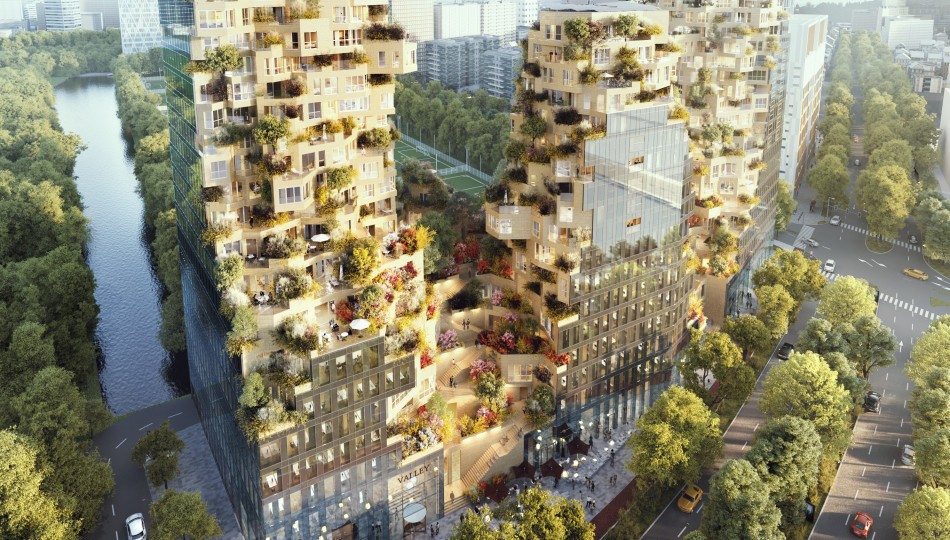 
I was honoured, terrified and inspired in equal measure to moderate the Urban Land Institute Netherlands’ recent Future Cities Summit – Towards Net Zero hosted as a hybrid physical and online event at the eye-catching Edge Valley mixed-use development from Edge Technologies in Amsterdam’s Zuidas district.Keynote speaker Xavier Jongen, managing director at Catella Residential, riveted the audience from the outset as he held aloft a copy of ‘The Uninhabitable Earth,’ David Wallace-Wells’ seminal work on climate change that is the touchstone of the ‘Extinction Rebellion’ international activist movement.“The IPCC’s latest report on climate change shows the urgency is extremely high, but we carry on talking about how we can move towards limiting the rise in global temperatures to between 1.5 and 2.0 Celsius above pre-industrial levels by 2050. It’s like discussing the rules of engagement for a patient with an advanced cancer and not acting. The 2.0 Celsius level is probably not now achievable, we will go beyond it. But we don’t hear the message, because we’re not prepared to hear it,” he said. 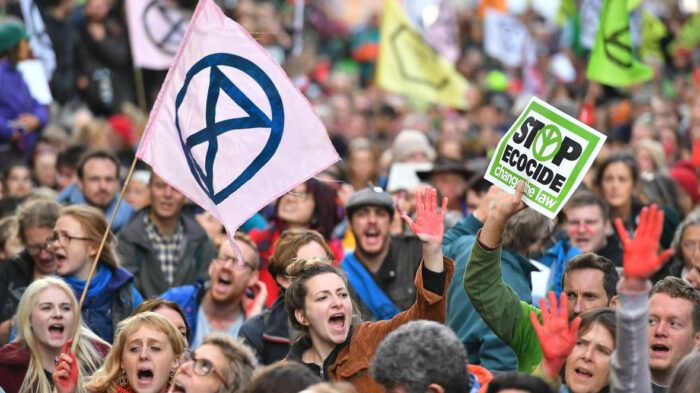 Jongen added that even if global temperatures don’t rise to the extreme scenarios laid out in The Uninhabitable Earth, a more moderate and likely probability of an increase above 3.2 Celsius in the next 30 years will still have catastrophic consequences for European cities.“That (above 3.2 degrees) means some European cities will feel like Cairo for 10 to 15 days every year with temperatures approaching 50 degrees Celsius…Southern Europe will experience permanent drought, rivers will dry up and the Rhine will become unnavigable for large parts of the year. If the sea level rises by two metres, Amsterdam will be in serious trouble…The number of climate refugees will increase to 114 million…We need to arm ourselves for these challenges but we’re not prepared,” Jongen said. 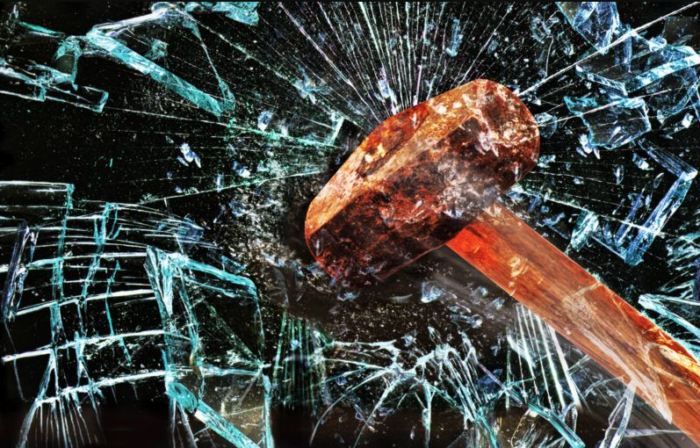 Policymakers must take ‘a sledgehammer’ to backward-looking legislation

Government and city policymakers must act now and take a ‘sledgehammer’ to backward-looking, outdated regulation blocking the rollout of innovative technologies and investment models that can help decarbonise our built environment more rapidly, he argued.

Catella Residential is investing in a €2.0 billion programme to develop 100 of the world’s first energy-positive residential towers across European markets through an exclusive partnership with French building engineering design company Elithis. The Elithis towers produce more energy than they consume by maximising renewable solar power generation through a ‘photovoltaic skin’ over the buildings’ roofs and facades.

The energy efficiency of the design is then boosted further by the ‘human element’ in a bioclimatic management system, where residents are ‘digitally nudged’ to further save money through a smart app to optimise the use of free natural sunlight and ventilation in controlling the temperature of their homes with electronic shutters according to the weather outside. The virtual, or complete, eradication of energy bills, which average around 8% of total household costs in France, means affordable ‘effective rents,’ targeted at 5% to 10% below the market average for the surrounding neighbourhood, can be charged to residents, while sustaining the level of returns for investors. Surplus electricity produced by the towers (currently averaging 108% of consumption) is sold to the national grid and paid back as a bonus in cash to residents who achieve the best sustainable energy management of their homes.

A far greater number of these energy-positive self-sufficient buildings could be built, or created from refurbished properties, across European cities, if the land was made available and blockages in bureaucratic processes are swiftly removed, Jongen said.

He pointed to the shining example of the city of Bordeaux, where the French state delegates its authority to a local planning director, who can quickly bypass notorious national and municipal bureaucracy and implement specific projects, if they’re deemed to be of strategic importance for the area and France, for example in the fight against climate change. 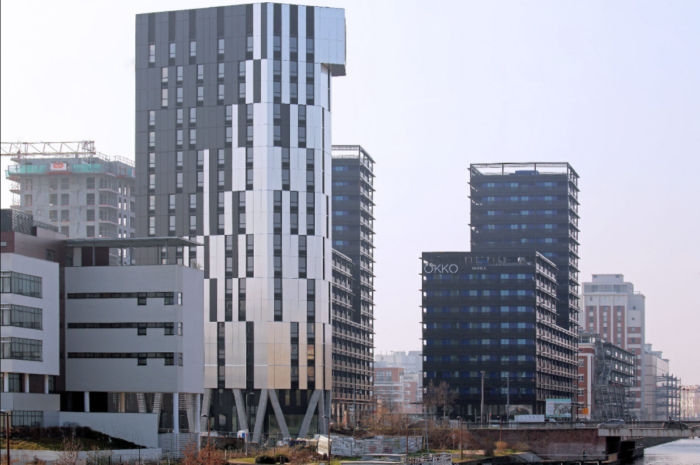 In a panel session moderated by Caroline Bos, Co-Founder + Principal Urban Planner UNStudio, with Josja van de Veer, Director Department of Urban Planning and Sustainability, City of Amsterdam and Staffan Ingvarsson, CEO, Stockholm Business Region, Jongen said he felt quite pessimistic about whether policymakers felt a real sense of urgency to remove some of the regulatory obstacles to the decarbonisation of the built environment. ”Democratic processes are too slow…We need to speed them up,” he concluded.

Nicole Maarsen, director real estate investment at Syntrus Achmea, told the ULI Summit it wasn’t unusual for the planning and development process for a new building in the Netherlands to take around 10 years, about twice as long as in the not too distant past. But demand for homes, particularly in the affordable rental segment, is far outpacing supply, resulting in a national housing crisis, with the shortfall expected to rise to one million units over the next decade.

“Institutional investors would like to invest in residential, but there’s too little product,” Maarsen said.

Another barrier deterring investors is that land prices often account for as much as 30-40% of the total value of the building, slashing returns, especially when rents in the affordable mid-range market segment are also capped. Investors may well be deterred from investing in the Netherlands and go elsewhere, she predicted. 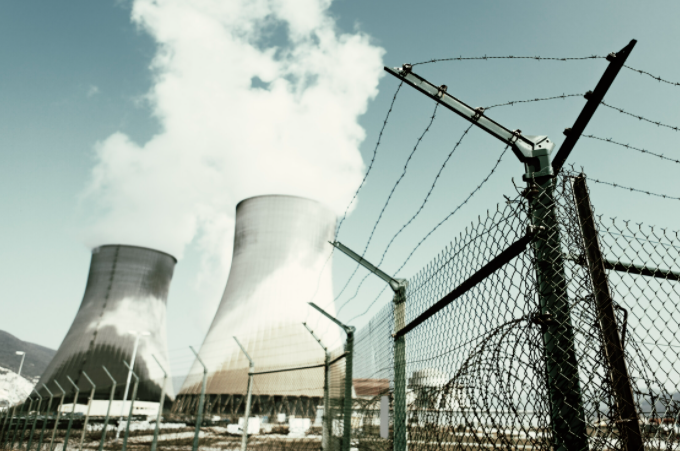 The built environment accounts for roughly 40% of global carbon emissions, mostly in operational heating and cooling, but about a quarter of that figure is produced by embodied carbon contained in construction materials. The real estate industry needs to be incentivised to use low or zero carbon building materials to move the decarbonisation agenda forward, Coen van Oostrom, CEO of Edge Technologies said during an Urban Leadership ‘fireside chat’ with Caro van de Venne, Principal Director at BARCODE Architects at the ULI Summit. Pricing of carbon is key, he argued. “If we put a price on carbon, that would force carbon-emitting industries to adapt and everything would move in the right direction.”

US-based Gensler, the world’s largest architectural firm, is developing its own strategy to reduce the level of embodied carbon in building materials principally steel, concrete and glass, Co-CEO Diane Hoskins said during a virtual presentation. The company is engaging with its suppliers and developing specifications for zero carbon building products to eliminate embodied carbon during the entire construction process from manufacturing to shipping. “By 2030 every new building we design will be specified for net zero carbon,” she concluded.