Put a Bloom in your Zoom

It’s got to be better than those ‘up the nostrils’ camera angles, but more about that later….

Bellier, the Anglo-Dutch communications agency, delivered bouquets of orange tulips to its clients in the Amsterdam area before the Easter weekend to brighten up their Zoom video calls from home and support local flower suppliers.

“One of our clients suggested we send his bouquet to a local hospital and we debated this, but then we realised that some hospitals and care homes are being overwhelmed with gifts of flowers. These are fantastic, generous initiatives, of course, but also a clear signal the normal commercial channels for selling flowers, upon which thousands of jobs depend and that are a mainstay of the Dutch economy and exports, have almost completely ground to a halt. Huge quantities of flowers and plants are being donated or destroyed in this crisis, simply because they can’t be sold,” Steve Hays, Bellier Communication co-founder, said.

“We therefore decided that it was better to send a little thank you to Bellier’s Dutch clients for standing by us and to buy the tulips from our local flower stall to contribute to keeping the money flowing across the ecosystem of small and medium-sized businesses that account for around 80% of jobs in an average developed economy. The biggest economic demand shock in history is taking a grip on the world and all companies need to loosen the purse strings when they can afford to — not tighten them — because we can do this faster and in a more efficient and targeted way than governments.”

The Netherlands has a 44% share of the floricultural trade worldwide, making it the dominant global supplier of flowers and flower products, the greatest part of which are tulips. In 2018, Dutch exports of live trees, plants and flowers were valued at €9.1 billion and the sector directly employed about 15,000 people in the Amsterdam area alone.

Sales from local flower shops are worth around €840 million annually and this includes Het Lievertje (The Sweetheart) stall on the Spui square, a couple of hundred metres from Bellier’s central Amsterdam office, where the tulips for the: ‘Put a Bloom in Your Zoom’ initiative were bought and subsequently delivered locally by the company and Jordy’s Limo Service: Click here to read the article

Het Lievertje has been run passionately by the Van de Scher family and father Kees, 71, on the Spui for nearly 40 years, together more recently with his wife Edith and son Mischa.

“We have seen our turnover fall by 90% in the past four weeks. Regular customers in the area are doing their best to help by continuing to buy flowers and that gives us a really warm feeling, but they spend on average around €20 each and that can’t compensate for the contract orders from local offices, which are all closed as nobody is there. We’re not big spenders and we had a savings buffer, but that is now drying up,” Mischa van de Scher, 30, said.

So put a bloom in your next Zoom video call and support all the families like the Van de Schers, as we’re all broadcasters now: 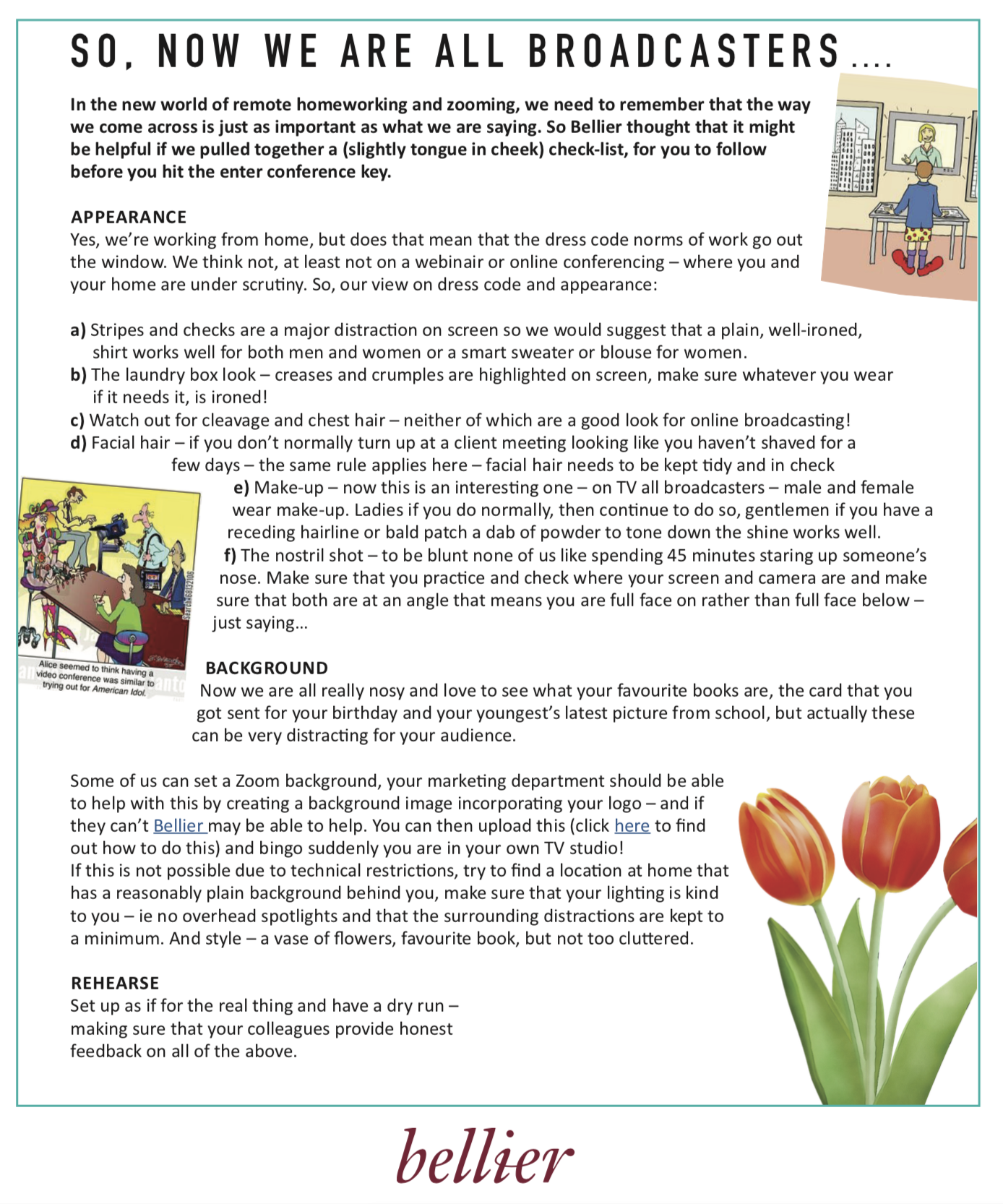 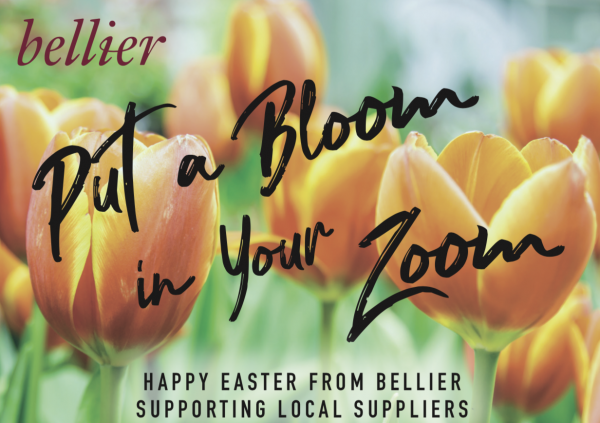